Heads up – volunteering with refugees in camps is INTENSE!

A couple of years ago, I volunteered overseas for the first time.

I was a newly qualified nutritionist, so naturally, I thought I knew it all. But the universe had a big heads up for me in the form of this trip. 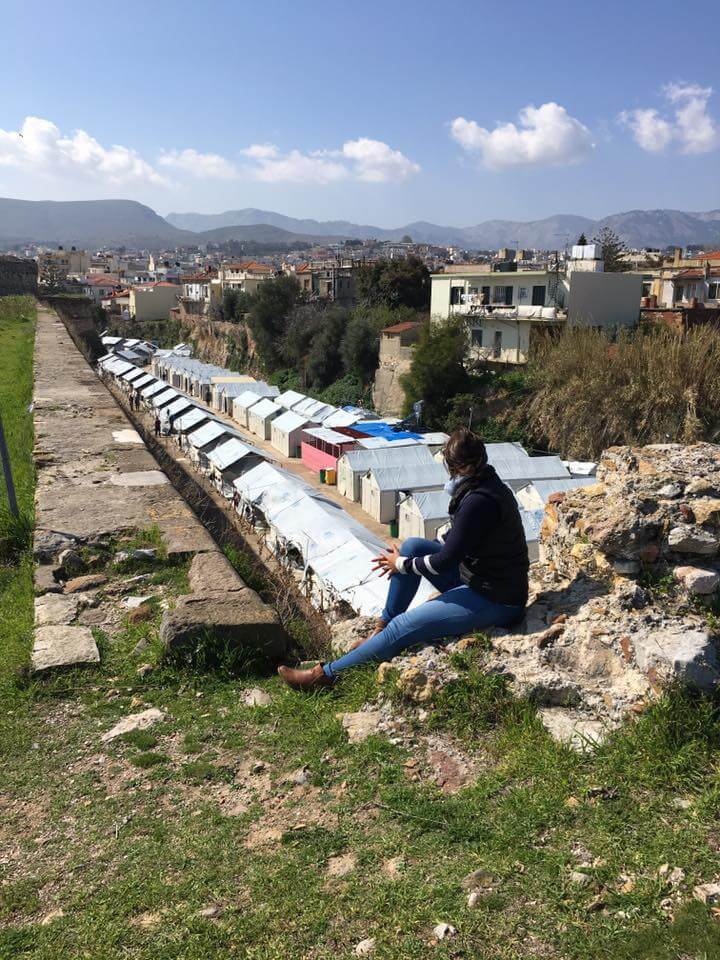 I first heard of IVI through a thread on a practitioner Facebook group. Lauren was calling out for practitioners and students of nutrition and naturopathy to head to Greece. It was the peak of the refugee crisis, so there wasn’t even a step-by-step plan. We were going in at the ground level, to see what we could do to help out.

So I fundraised some money from my network, and packed my bags. I flew out of Melbourne halfway through a February heatwave, and into icy Greece.

So why did I choose to go to Greece in the middle of the coldest winter in 100 years?

Because I was floundering. After working as a practitioner on and off for a year, I didn’t feel like I’d found my groove. I had begun writing health content on the side, but it was still at the hobby stage. So I was in a bit of a rut when it came to my career and future. Doing some volunteer work and travelling to a new country was my solution.

To be honest, I was also disillusioned by the clients I did see. So many of them were paying me, but not making the commitment to change. There are a million reasons for this, some of which were on my side. But it made the idea of people who genuinely wanted my support much more appealing.

So we’re in Greece. Now what? 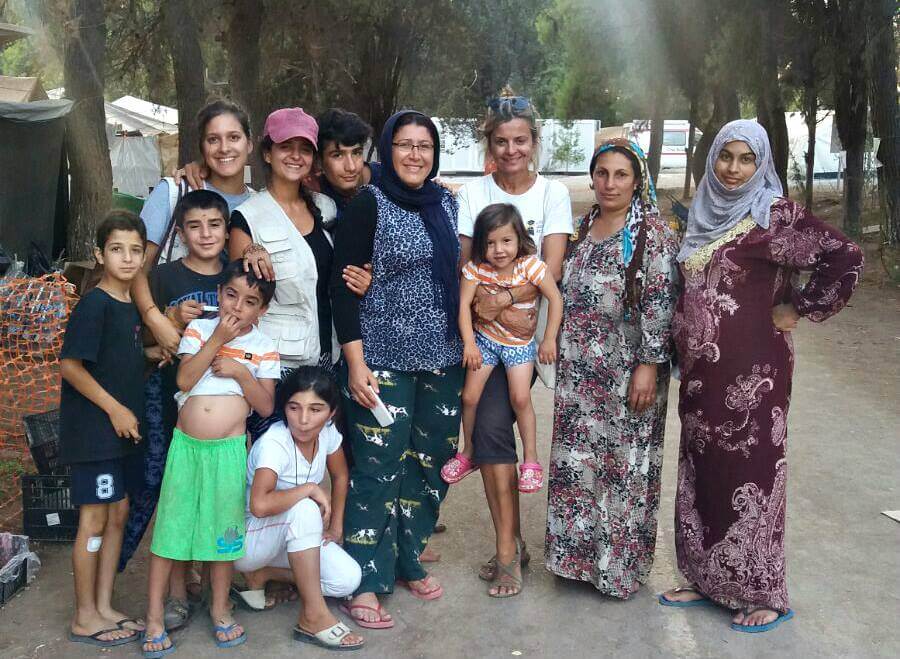 When we arrived in our dribs and drabs, it was time to figure out where everyone would head to. Unlike IVI’s other projects, Lauren and her team were still making connections with the local communities and non-profit organisations.

After a couple of days of jetlag and meeting the teams, I joined up with a large group that would drive up to Thessaloniki. We would roam the local area, helping out wherever we were needed. A smaller group of us would move on to a refugee camp in Veria the following week.

Because I was the sole nutritionist among naturopaths, nurses and doctors, I did a bit of everything. I was sent to do an individual house call to assess whether a young child still needed the formula that his parents were requesting from the organisation. We travelled around to the hotels, where many refugees were able to stay during the colder months.

But what really hit home was the refugee camps. Although I went to a couple along the way, the one I spent the most time at was in Veria.

Heads up – volunteering with refugees in camps is INTENSE!

Of all of the camps in Greece, this one was probably the most intense. It was where all of the most vulnerable refugees were sent – the disabled, the pregnant, the single mums who were escaping abuse.

Every day I spoke to men, women and children who would casually mention experiences that were beyond my comprehension. Although they were living in cramped rooms and relying on the government and non-profit organisations to feed and clothe them, it was a relative paradise.

One woman consumed nothing but bread and water during her pregnancy, because it took that long for her to flee Syria and reach Greece in relative safety.  Because of her severe malnutrition, she gave birth to a delightful but severely disabled child. Her daughter was one of the special cases we worked with. 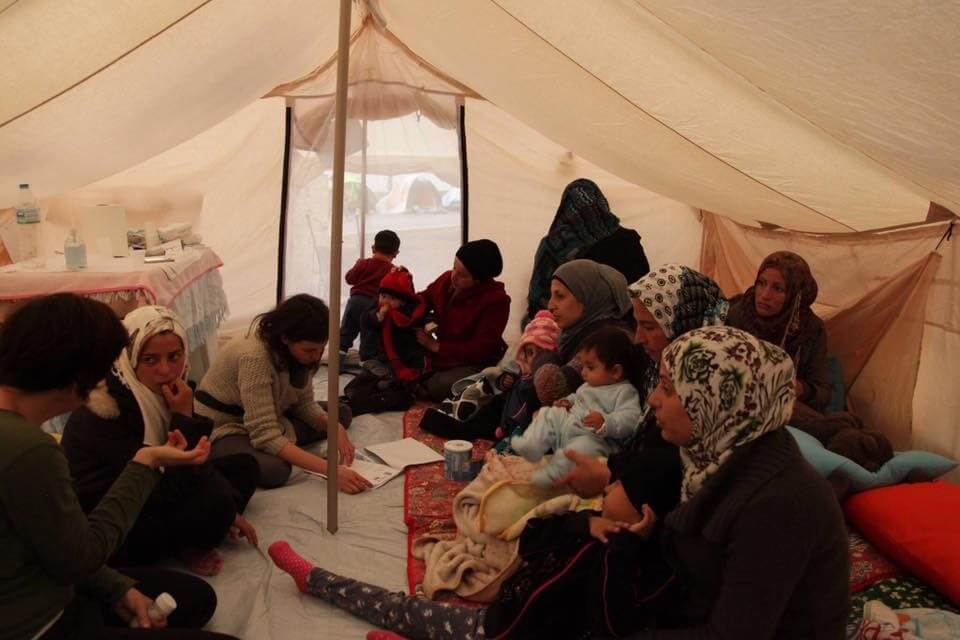 Needless to say, these stories and the people who survived them left us humbled. So we did anything and everything we could do to support them. There was no job too small for us to do.

One of our greatest achievements in Veria had nothing to do with nutrition or even health. The non-profit at the camp, Bridge 2 Refugees, ran a clothing ‘store’ using donated goods. But the storeroom was crammed with so many boxes, it was impossible to tell what was where.

Because the clothes were donated from across the globe, not all of it was suitable for the more demure Syrian culture. Some clothes were unwashed, or even ripped. But when we left Veria, the storeroom was organised, with boxes declaring the clothing type, gender and age.

Although I was originally staying in Greece for 3 weeks, I cut my stay short. I was burned out, and kept falling sick with various infections. So after two weeks, I headed home to my family, my partner and my puppy.

Back to (my version of) reality

Let me preface this by saying it is completely normal to feel a little flat and out of sorts after an intense volunteer experience. But from the moment the plane touched down in Melbourne, I felt something was not quite right. Time confirmed it.

I just wasn’t… functioning. I was going through the motions of my life, but not really feeling it. But what I did feel was all around my time in Greece – the depression, the anxiety, the bleakness of it all. On top of that, I experienced nightmares, flashbacks and even mild panic attacks.

Being the research nerd that I am, I investigated the symptoms I was experiencing. It turns out that there is such thing as secondary PTSD. This means that you can become so traumatised by someone else’s trauma that it messes up your brain.

Being a stubborn health practitioner, I decided to ‘fix’ it myself. Probably not my most brilliant moment. It took me 3 months to regain the semblance of normality. Another 3 months after that, I got back my spark and my drive. But I got there in the end.

If I could do the trip over again, what would I do differently?

I would put in much more effort to connect with the people I volunteered with. Sure, not everyone was likeable (a certain doctor on the trip drove all of us insane). But there were some amazing people on that trip who I didn’t manage to make time for.

As an example, I didn’t realise how amazing Jules was until long after the trip (sorry, Jules!) If I had spent more time with her and discussed the issues I was having, I think I would have felt more able to cope.

I would also make sure that self-care was an ongoing priority. As a minimum, I would be meditating daily and journaling every evening. This would give my brain the space to process at the time, rather than over the following 3 months! 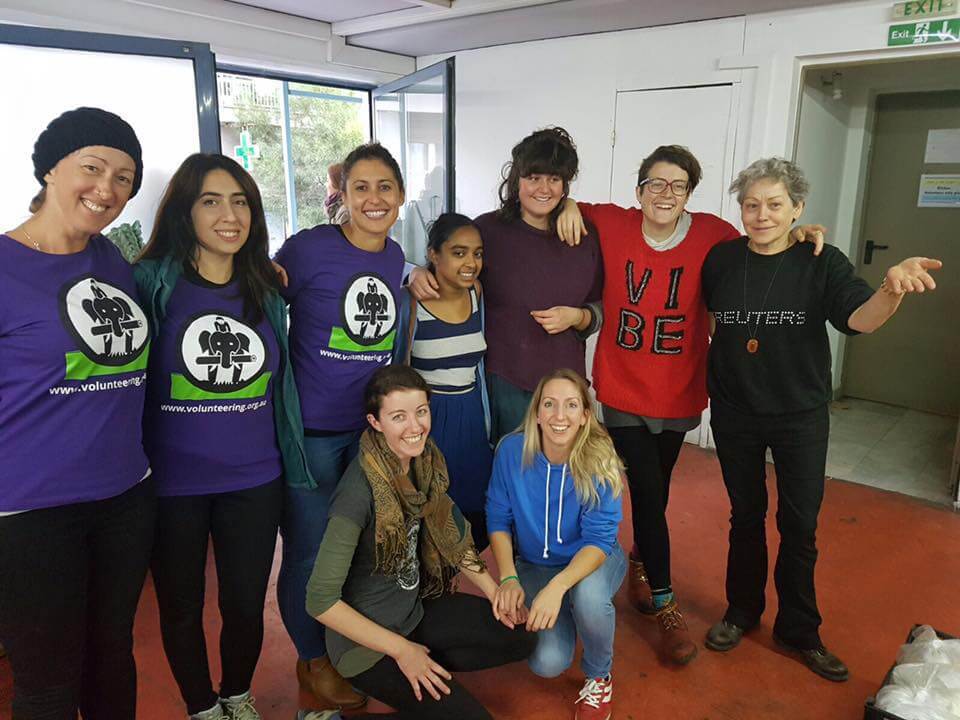 Why I will be volunteering again (somewhere less cold)

It would be easy to cling to that unfortunate experience and write off volunteering forever. A different person might blame the organisation, or the people, or some other factor. But that’s not for me.

For me, Greece was a life-changing experience. After caring for my mental wellbeing, I realised that it was for the better! I’m more passionate than ever about sharing my skills to support those who need the most help. You can’t put a price on the reset of perspective that volunteering gives you.

The friendships I made are also for life. You know those friends that you might not see for a year, but when you catch up, it’s like you saw them yesterday? Those are the connections you make on volunteer trips.

I stay in touch with several of the volunteers, as well as one or two of the refugees I became friends with.  It keeps me grounded to see their names pop up on Facebook, and checks my privilege when I’m despairing over my first-world problems.

So I will volunteer again with the wonderful team at IVI. I don’t know if it will be this year or next. I don’t know which country it will be, and who I’ll go with. But I do know that it will not be a trip that requires thermals!

So if you come along to a volunteer trip, you might end up bunking with me. Let’s make a difference together.

IVI have some amazing humanitarian projects.  Here’s some of the best ones: 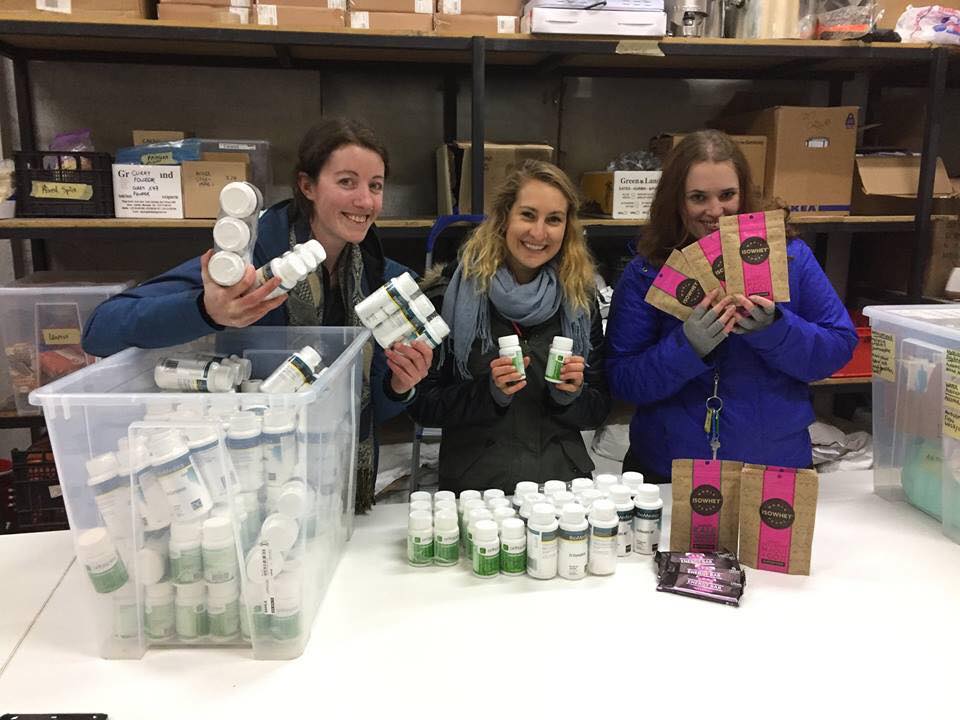