Highlights of the trip:
My trip to Fiji was, of course, an unforgettable experience. I enjoyed working at the animal shelter, and being able to use my experience in veterinary to help the shelter. My favorite week was when I was working at the shelter and they let me do an outreach clinic in RakiRaki for one week. At the outreach clinic we met with the Ministry of Agriculture and facilitated a spay/neuter and release program. It was very remote, and we stayed in a ‘bure’. The property had a private beach and pool! It was incredible! The stay was an AirB&B, and it had many feral cats on the premises. One day when we got done early we asked the owner if he wanted us to de-sex his cats, and he happily agreed. So we desexed animals on the porch of our bure in view of the ocean. I really liked the people that I worked with at Animals Fiji and they made me feel at home. At the end of my trip, they threw a little party for me, with pop and treats. They gave me a tote bag and thank-you note that everyone signed heart-felt messages. Even after I was done with the animal shelter program, I met a shelter employee in Suva for dinner after a day of health checks.
At the nutrition outreach It was sad to see the high blood pressure and blood glucose levels. It was rough to see some people with hypertension, because they had already had multiple strokes. During the project I got the sense from a lot of people that they were not going to take my advice, but many people really seemed to want help, and that made all the difference!

Comments on the team, food and accommodation:
The Team: Danielle, Masi and Mere, and the Animals Fiji Team were great and very helpful. I only had issues with the other volunteers during the nutrition program, through no fault of IVI. When volunteering, I pictured that I would stay with like-minded people that were adventurous, and had a passion to help people. Many of the volunteers were more doing this to improve their CV or to meet qualifications for school. They acted snobby, and entitled. They never liked the food, and nothing ever seemed to please them. Mere kindly took us to a wonderful country club that she is a member of, and they were still disappointed that it wasn’t as nice as they expected. They were upset if we worked later volunteering, even though that is the purpose of the trip. Many of them were also not very quick to help out with dishes and housework. I really felt bad for Mere because there really was no pleasing these people, short of five star accommodations. It isn’t IVI’s fault, but the other volunteers made it a really miserable time during the nutrition program. Not everyone was like that though. During the second week, and the weekend, our groups were back together and I was able to befriend two amazing volunteers (Renata and Ella), Those two were down to earth, friendly, and humorous. Renata even showed Ella and I how to make tortillas.

Accommodation: The accommodation was very nice, comfortable, and clean. It was actually much nicer than I expected.
Food: I got to try many new things. Some I really enjoyed, others not so much. It is about what I expected when eating a diet completely new. I really got homesick for foods that I am used to, but I knew that when I went to Fiji I would eat completely different things. Mere always had the house stocked with food, and made sure that I knew I was welcome to It.

Any improvements to help us be better:
One Issue that I had when I was there was a Visa. In the welcome pack it said to list volunteering, and that I would get a 4 month visa. It said that the cost for it is not paid until after the 14 days so I assumed that meant when I left. When the nutrition volunteers arrived, Masi checked their passports to make sure they were stamped correctly. Then I told him mine was never checked, and It was actually only stamped for 14 days. He said that because I already overstayed for 2 weeks, to wait and handle it when I left.
When I left they called me a cab for the airport and told me to just go to the immigration office in the airport. I was kind of upset that Masi didn’t accompany me to the airport to help me with immigration. Then at the airport they told me that the immigration office moved down town, and I would need to go down there to get it handled. So then I had to take a cab with all my luggage to the immigration office 10 minutes away. Then the immigration office looked into it and told me to just go back to the airport, and they will handle it there. So then I took another cab with my baggage back to the airport. At the airport I was questioned by an immigration officer, and ultimately banned from re-entry to Fiji for 1 year. I felt like the situation was not my fault and I was required to deal with it independently.
One other issue was that I expected that I would be housed with other volunteers during my whole stay. I thought I would get to stay with people I could make weekend plans with. I thought I’d have no issues as a solo traveler, because I would have other volunteers to talk to, and make plans with. I found it could be quite lonely at Meres, and there was nobody for me to make weekend plans with. I got along very well with the shelter employees, but they work 6 days a week.

Lastly, I think that the nutrition program should be labeled as more of a public health program. I think the most important aspect of the program was Identifying hypertension and diabetes. Then the individuals were told they need to see a doctor. I feel like the volunteers were not well trained in this aspect, and were not knowledgeable on how to talk to people with life threatening hypertension. I know they meant well, but they would really ‘sugar coat’ things when talking to people so that people wouldn’t feel bad. Other volunteers called me insensitive when I told people that their blood pressure was very high and they are at a high risk of having a stroke soon if they do not see their doctor to get medication to lower it. I asked Mere if I was insensitive, because that was not my goal, and it is a different culture. Mere said that I wasn’t and that I need to be very upfront with people. I think nutritionists and nursing healthcare professionals have very different attitudes. When a person has a Systolic blood pressure over 180 or even 200, they need to be told how bad it is and that their doctor can start them on an affordable medication. Many of these people were beyond nutritional management of disease, and I think would have been better helped by nursing professionals.

Also, I don’t know what photos would be helpful to you, so I just made a collection available to you from my drive.

Find out more on this project: Fiji Animal Shelter 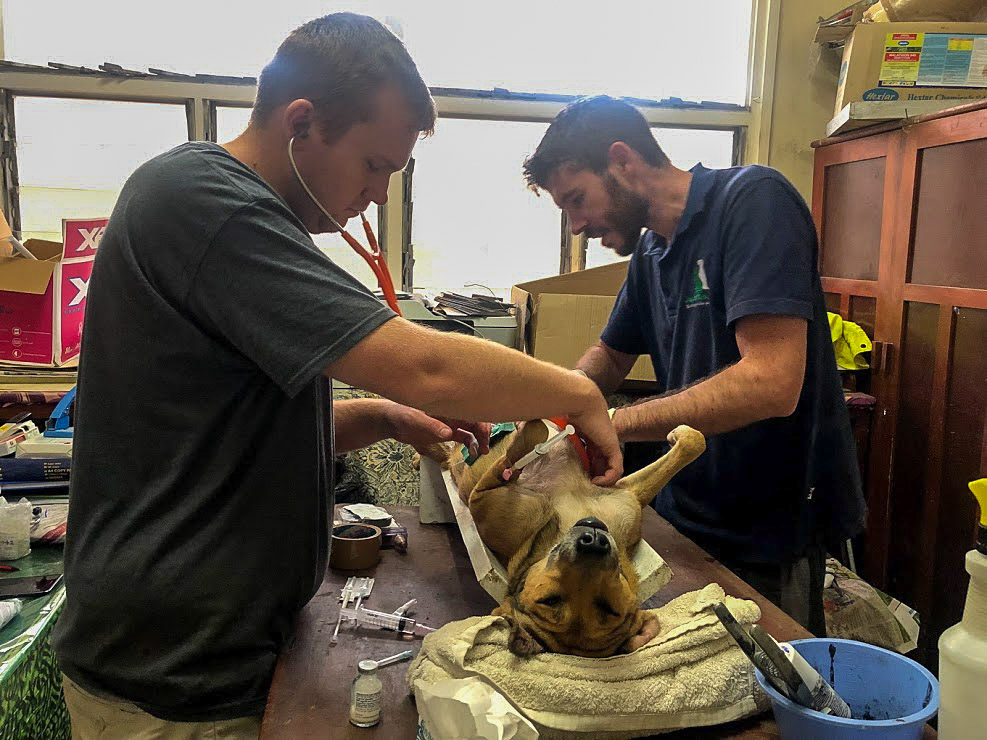 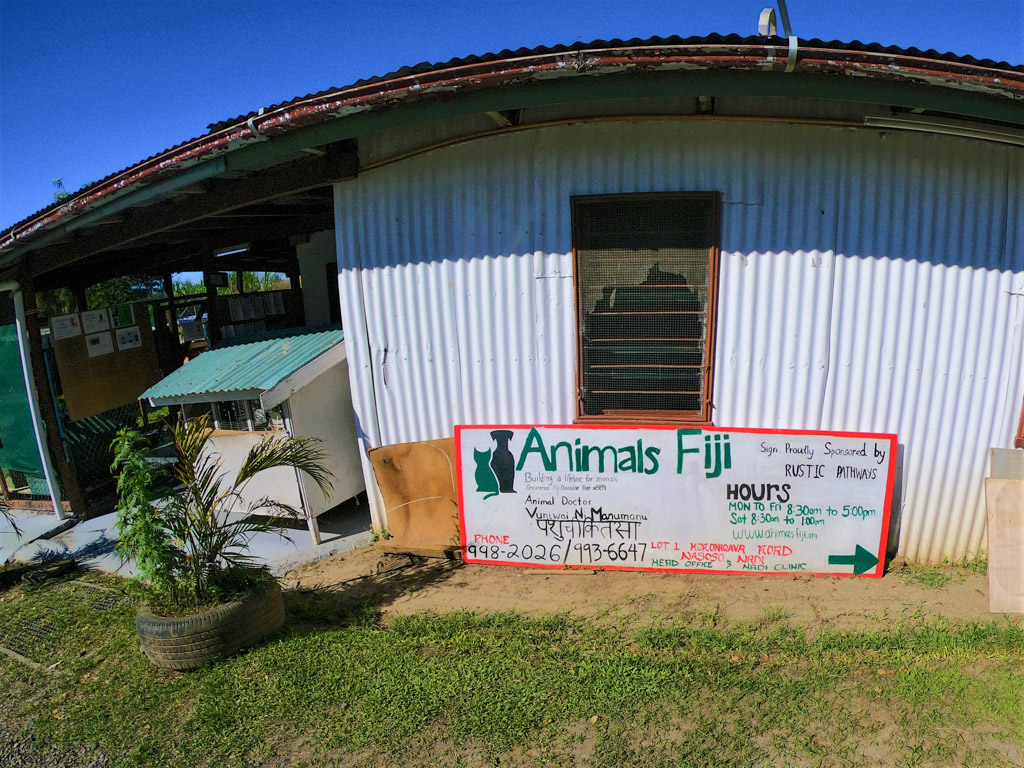 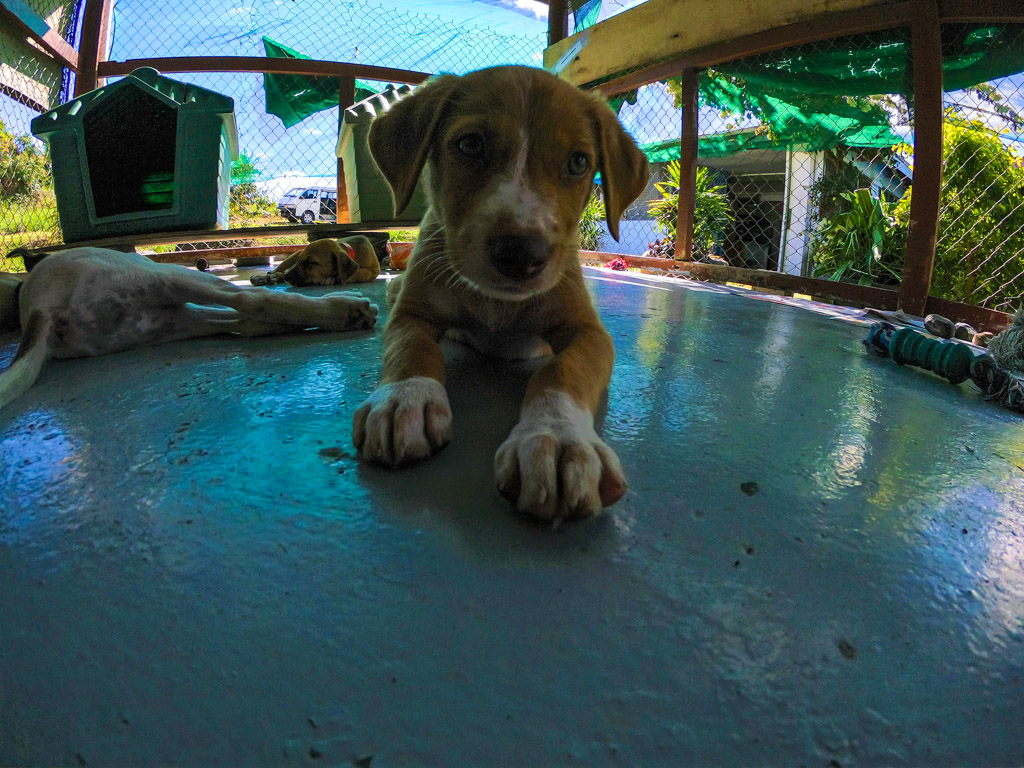 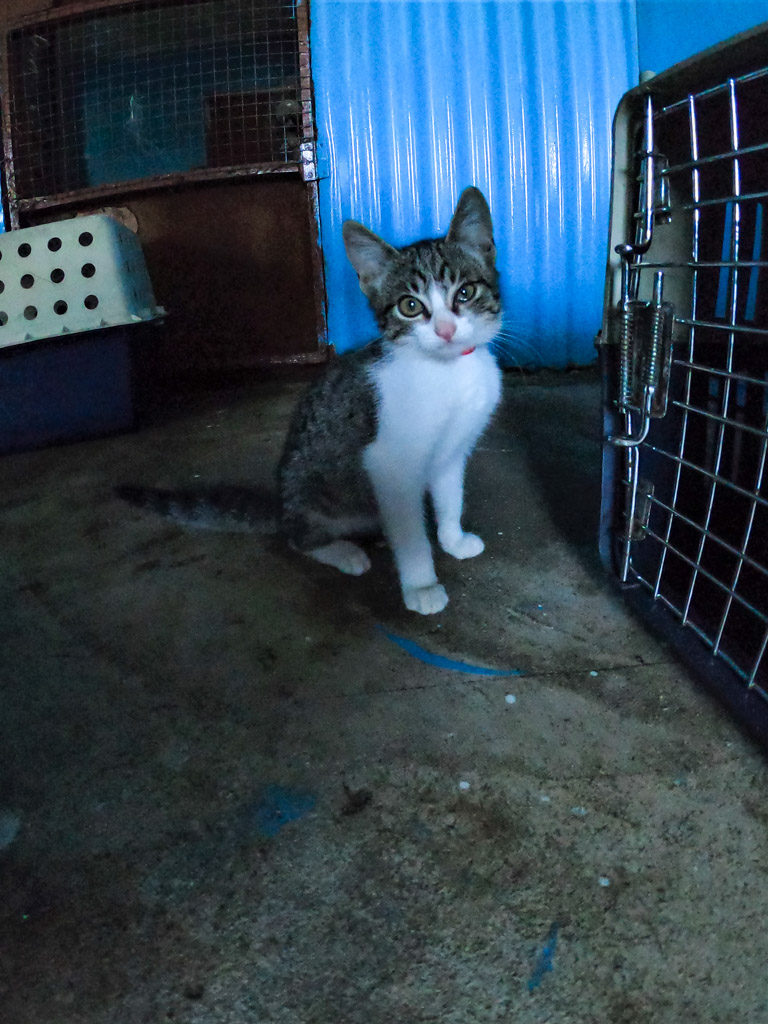