I’ve finally been able to put all of my thoughts and scribbled notes about my trip into an actual email! Sorry it’s taken a bit longer than expected but it’s taken some time to adjust.

Thank you again for such an incredible opportunity. My trip to Fiji has been life changing. I’m sure Jules has filled you in on the first half of my trip so I thought I would just send you some info about the commune where I spent most of my time.

There is SO much that can be done here so I would highly recommend sending future volunteers here. There is one amazing woman there that is in charge and it seems to me that she is doing it on her own.

While they have been sent volunteers before, the majority have only ever wanted to work with the children in the kindergarten and I was surprised to hear that no one has ever come to help the adult residents.

However, I think that if you were to send more people they would need to prepared for what they will be going into and I would highly recommended having people go in pairs/ teams or have someone to debrief with etc. I’ve seen this kind of poverty in Cambodia but I still found it confronting and it did take a toll on me emotionally. I can only imagine how someone who hasn’t experienced anything like this would have coped.

Fortunately, Veronika my Fijian host Mum had been a volunteer before so she could relate and was a massive support for me. Choosing to stay on with her and Noa in Nadi for my last week rather than move to Masi’s in Lautoka was a really good decision!

As far as continuing volunteer work – I believe that there are lots that a medical/ nutrition volunteer team could do particularly in the areas of:

During my time with the residents I asked each of them what they felt they needed/ what future volunteers could help them with. This is the list I came up with.

There is a massive assumption in Fiji that once you take BP meds you don’t have high BP anymore- similar to taking nurofen for a headache. For example I would ask if someone has high BP and they would say “Not anymore, I used to but I took my medication.” A lot of what I did was about re-educating residents about blood pressure and how important it is to take medication everyday as well as getting repeats of medications.

As well as this, to actually get repeats on medication requires going to the hospital and waiting in line all day to be seen which if that is a resident’s one day off they are only likely to go if they are seriously sick. Travelling to the hospital is also an issue as often many of the residents don’t have enough money for the bus and can’t walk. It would be great if we could organise a program where GPs come to the HART to write scripts etc or some kind of transport service.

The overwhelming message that I got was that a real solution to many of the problems faced by the people of the community would be a stable income. Many of the women said that while they have to be at home most of the day with their children if they had things they could make/grow/produce that they could then sell at the market it would make a massive difference. We discussed this a lot and a few suggestions made by the women included:

Some of the residents are already doing this and making good money selling their stock at the market in Lautoka however they talked about one day having stalls out front of the community. If there were enough women looking to sell things they could create a market place which would make it easier for more women to sell things as they wouldn’t need to pay for transport into town.

Some residents also talked about getting some help to find work that may not be related to selling things. A lot of the men in the community rely on casual work as laborer but knowing where to find the work is hard, especially if they can’t afford to/ aren’t physically able to go job hunting. Maybe a job board/ job seeking service might be helpful.

I hope this all makes sense! Happy to chat more about it if you need.

Again, thank you for allowing me to experience “the real Fiji!” I hope that my time spend here has made way for future volunteers to make some real positive change to these people’s lives.

And keep doing an amazing job Lauren! It’s incredible how much can be done in just 3 weeks so I can only imagine the good things that are store for Fiji and the community in the future. 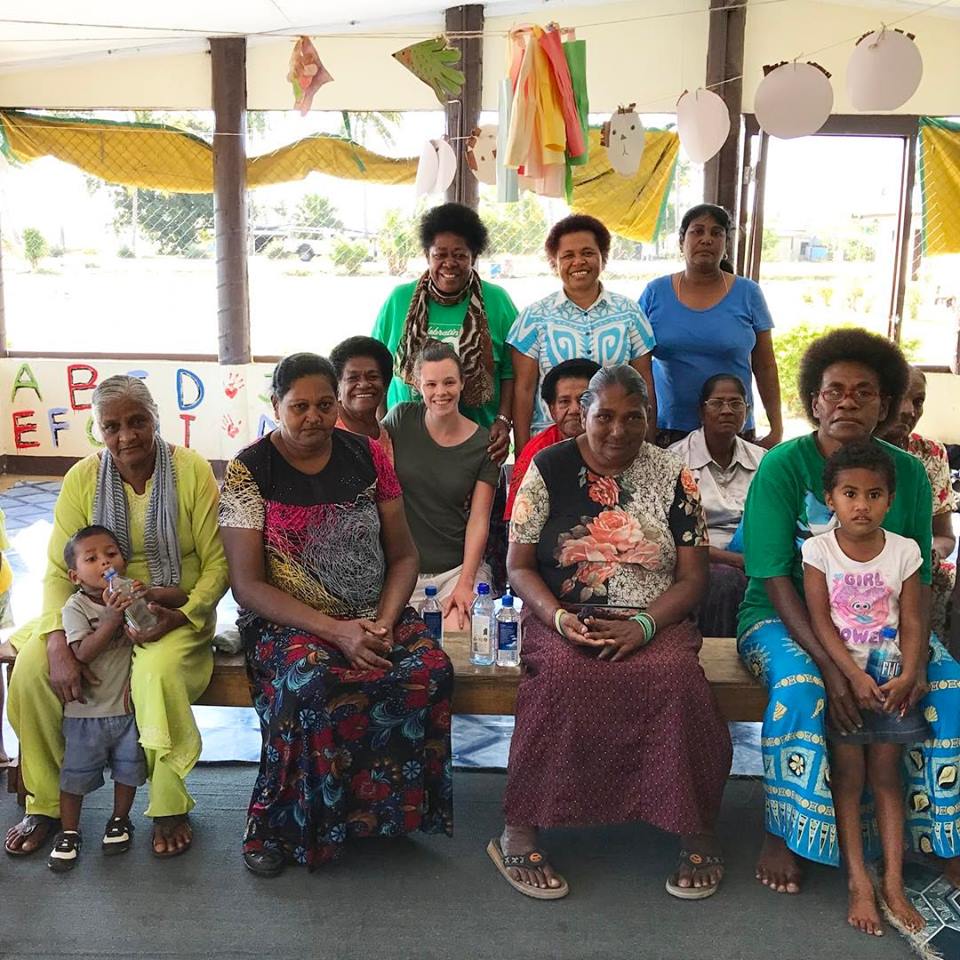