Imagine living with Monks in an authentic Buddhist Monastery. If you're interested in learning about Buddhist philosophy and culture and enjoy the idea of some solitude, spending time with monks and teaching vital English skills, this could be the perfect placement

WHY we need Volunteers In India

Ready to volunteer abroad? Complete your application online in about 5 min.

Let’s talk about it! Schedule your preferred time and date to chat

HOW can I help on this project? 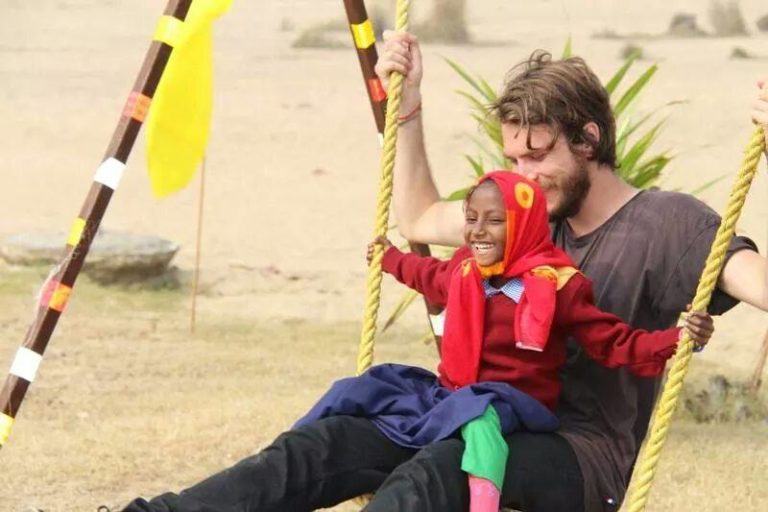 All prices in USD
Vol House

- US$275 application fee applies in addition to program fees
- Application fee is one off per person (unlimited placements)
- Click Here to convert the below prices to your local currency
- Discounts may apply if travelling in a pair or group!
- All credit card fees included in below pricing 🙂

You’ll teach novice monks (mostly children and some adults) for approx 2 hours each day. An additional 2-4 hours will be spent teaching in a local primary school where necessary.

Here you’ll be interacting with monks on a regular basis, learning about their way of life and exchanging ideas and intercultural learning. This is a project in it’s early days of development so those looking for off the beaten track should choose this option (please contact us if you have any questions on this project)

Sikkim is a small state in northwest India, bordered by Bhutan, Tibet and Nepal. Spectacular scenery coupled with Buddhist monasteries are the highlight of this fascinating region.

You will stay either at the monastery or close by in our volunteer centre. Spectacular scenery surrounds the Buddhist monasteries and you will see some incredible views from your accomodation!

"I want to thank all the cute, kind, and lovely monks I met during my stay at the monastery. You are all awesome!! Thank you also to the teachers Labsum, Sonam and Ngawang Janpoo for your hospitality too!!"

Anna BerkeNepal Buddhist Monastery Teaching
"On our first visit to the school the entire school greeted us at the gates. The children placed flower wreathes around our necks and performed a Hindu blessing. As we walked through the entrance the school children showered us with flower petals and then performed a series of native hindu and Indian songs and greetings. We were completely blown away….." 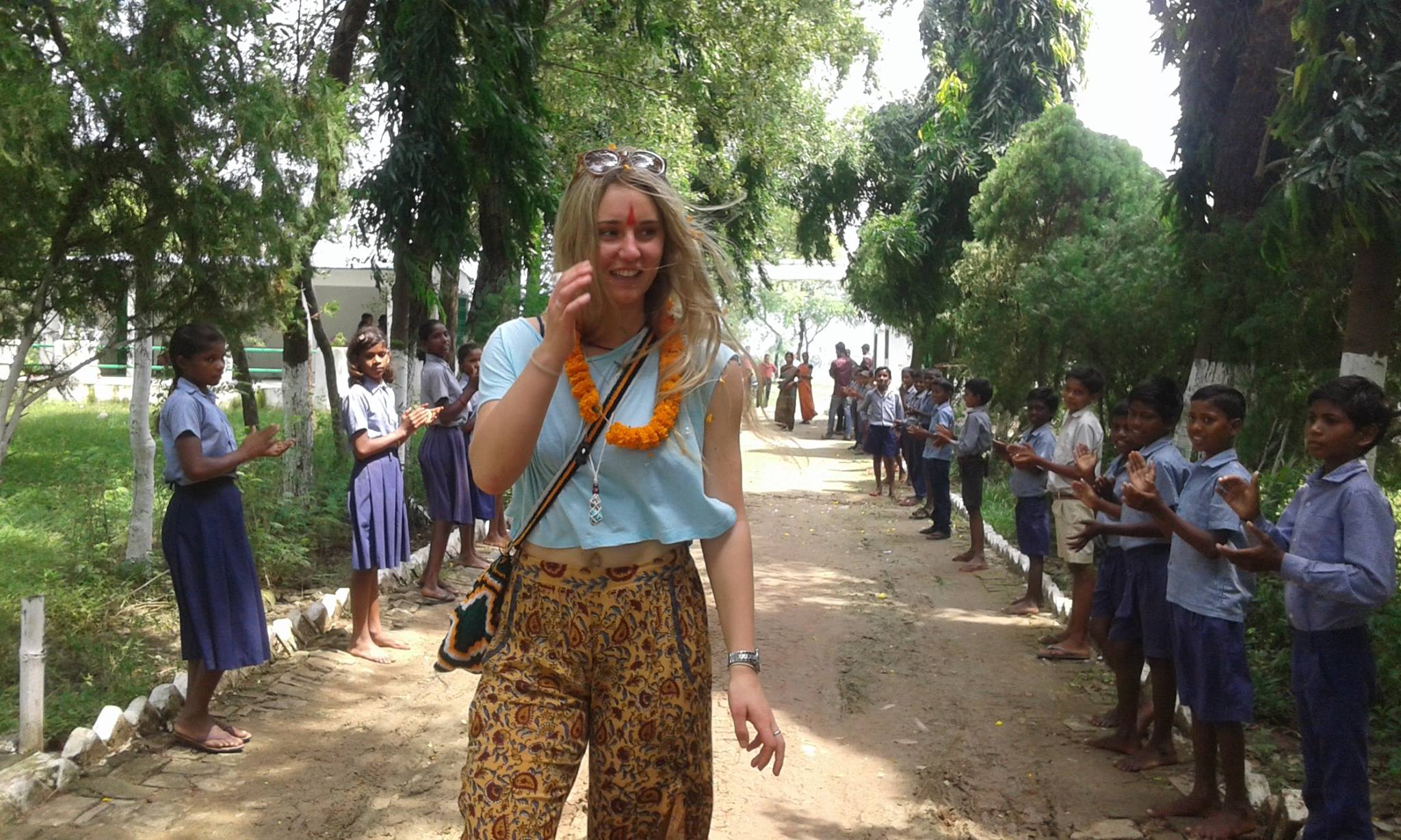 KatrinaIndia Bodhgaya School Project
"I used my lengthy nursing background and training to diagnose and treat some basic conditions but had to refer some serious conditions to the local doctors as it was the right thing to do for the patient. Dhirendra got us more of the medicine we needed and we were able to service several villages." 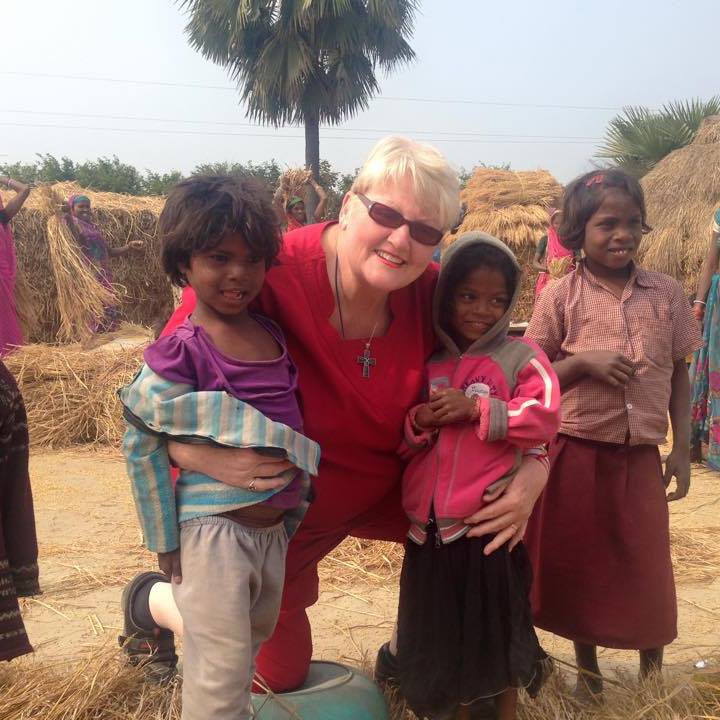 TrishaIndia Bodhgaya School Project
"my very favourite was volunteering with the absolute cutest children and seeing their smiling faces every day. I will miss those little monkeys. Goodbye crazy, beautiful, frustrating and inspiring India. I have learnt a whole lot of patience from you and you will be missed!"

Is Monastery Teaching in India Right for Me?

As this project is still in the fairly early stages of development, this project would suit someone who is willing to go back to basics and who wants to explore the ‘off beaten track’, with limited resources.

What's Included in the Volunteer Fees
What's Not Included
Is there an Orientation?
Your program includes a 1 day orientation. This is an important day to help you become familiar with your surroundings, as well as learning about the local customs, culture and surroundings.
Typical Orientation Day Includes:
What About Transportation?

Airport pick-up is included in the volunteering cost unless specified.This may involve either a local pick-up by your volunteer host or a public transport ticket where necessary. These details will be finalised with you upon making a booking as this will depend on your arrival information.

You will teach at the monastery for approx 2 hours each day. An additional 2-4 hours will be spent teaching in a local primary school where necessary.

Weekends are always free for relaxing or sightseeing of your choice. Our ground operators will help you organise additional trips with special (non tourist) rates which can be paid directly in local currency. As a volunteer you will gain access to local knowledge, opportunities and value you simply would not find if staying as a standard tourist.

No extra requirements for this program.

India is an eclectic and intoxicating cultural experience like no other! Home of the famous Taj Mahal, the Himalayas, the sacred Ganges river, and over 1 billion people of varying languages, cultures and beleifs, India is sure to push you to the boundaries of your comfort zone.

IVI is focused on establishing sustainable employment and education through volunteering efforts in India. Children in some of the regions we service have not had basic nutritional background. Over 950,000 newborns per year in India die from infections. Education about health for families provides a strong foundation for self-care in the communities we service in India.

India’s climte ranges from tropical down south to alpine up in the northern mountain regions.

From April until the start of October is summer, and in most places in India, is very hot. In June the monsoon rains start in Kerala down south, and move inland. Further north and in the rural areas of Rajasthan, it can get pretty cold from December to January- sometimes as low at minus 5 degrees!

Be prepared for some hot temperatures but if in the Sikkim region, bring along some warmer clothing as it can get cold in the mountains.

India is a country FULL of culture! From the beautiful colours, different religions, ancient traditions and the smells of spices- India is a country like no other.  It’s the the second most populous nation after China, with over 1.2 billion people.

The most prominant religions are Hinduism and Buddhism and around 13% of the popualrtion are Muslim. Because there are so many religions, India celebrates a large number of festivals throughout the year. Some of these include Diwali, Holi, Eid and Good Friday.

In India, the cow is considered to be a Holy animal and you will see cars either driving around, or simply waiting if a cow is in the road holding up traffic! In some parts of India it is forbidden to eat meat or drink alcohol.

You will see many temples in India, as well as colourful clothing, particually the sari’s that the local women wear, and many cultural dance shows and activities.

One of the most visited places in India, the Taj Mahal is absolutely stunning in person and a must do when visiting the country! 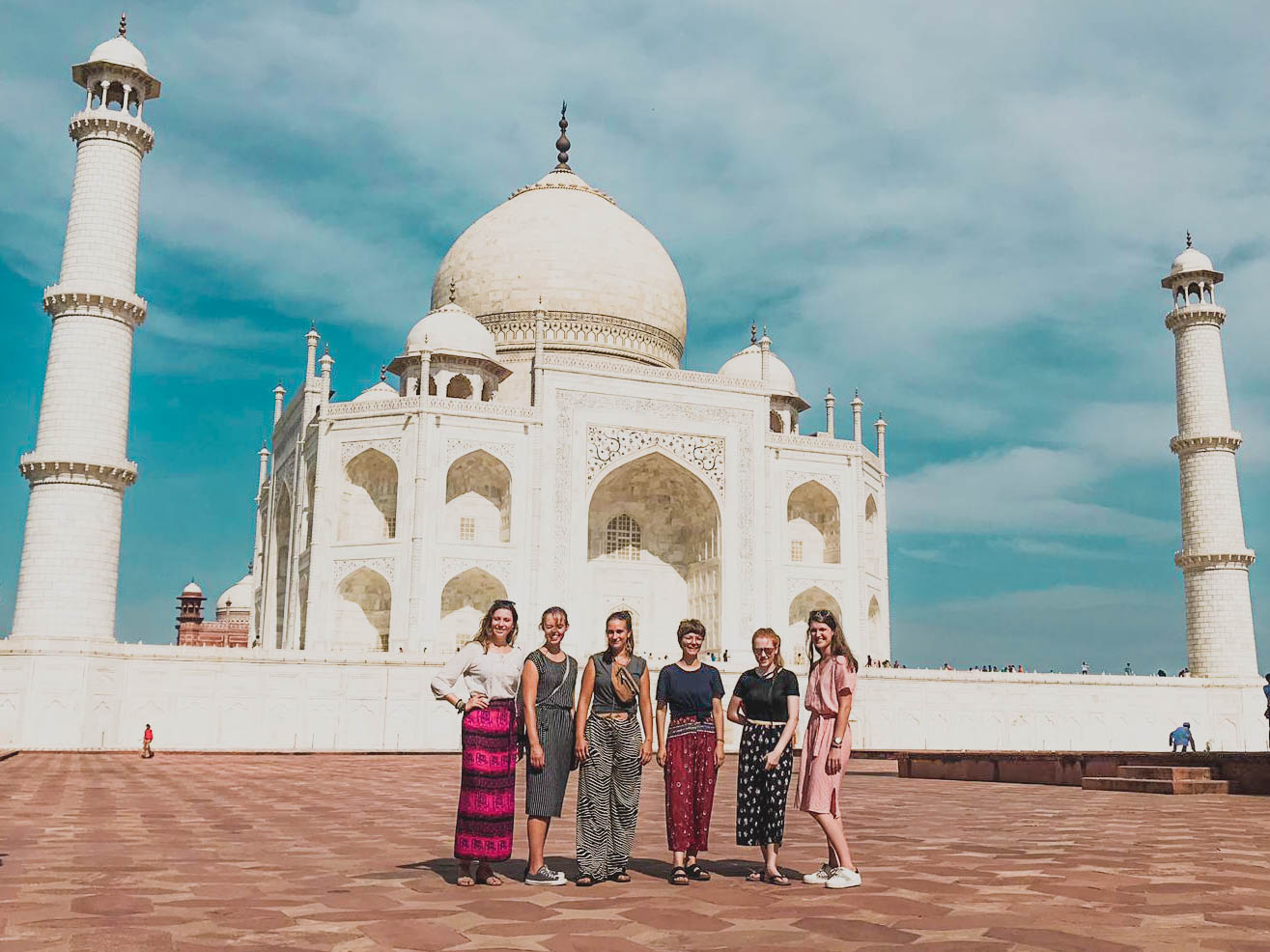 Taj MahalIndia
Amber Fort, situated within the 'golden triangle' is a 16th-century palace, with a mix of Hindu and Muslim patterns. The temple is very pretty with many intricate carvings and statues. 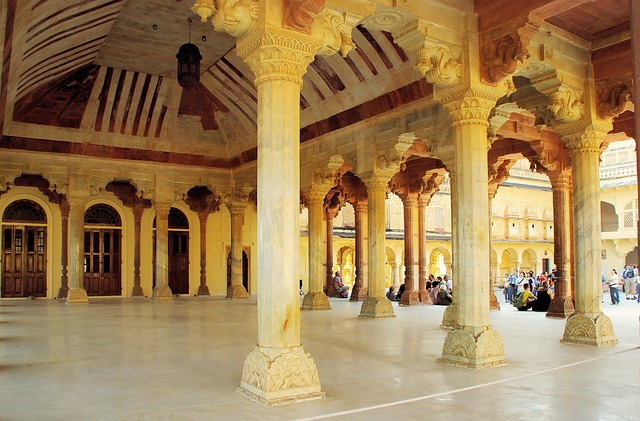 Amber FortIndia
The Red Fort was home to royal Mughal emperors from around 1648 to 1857. The fort has some incredible architecture and is built from red sandstone. 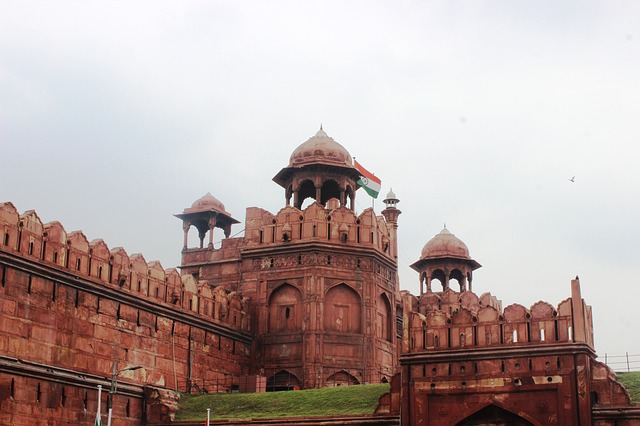 Red FortIndia
For those that love the beach, why not pick one of our Goa projects? The town has a relaxed vibe, with many beach huts and a good nightlife. 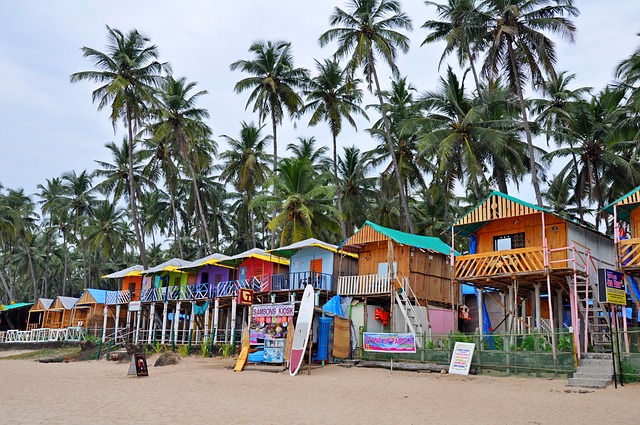 GoaIndia
If you want to head down south, try a visit to the beautiful Kerala region. The palm tree lined backwaters are stunning at sunrise and sunset. 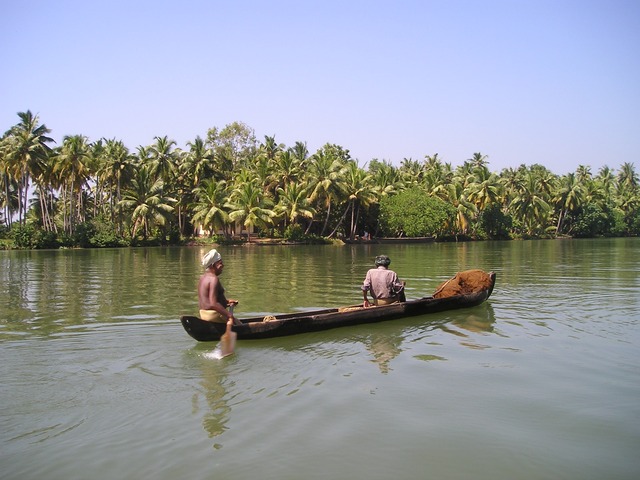 KeralaIndia
All over India you will find markets of all kinds, food, spices, tourist and craft markets. Find some local produce or quirky gifts for back home.

MarketsIndia
If you are situated up north, then you must check out the Himalayan mountains. The sights are incredible! 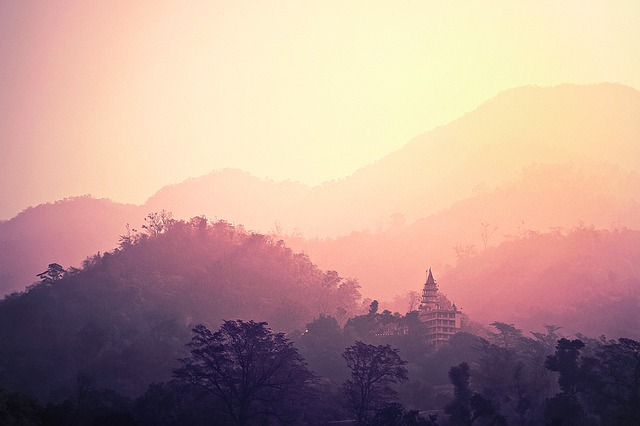 ⁣#worldrefugeeday Today we are thinking about th

😌Our local projects abroad are working hard to

📹 Video update on our India project. This is a

😷 ⁣Due to the requirement to wear masks in pu

❓Thinking about volunteering once things get bac

🙏 A HUGE thank you to our local partner and fri

🏀🏃Teaching sports is a great way to encourag

Ready to Volunteer in India?

Ready to Volunteer abroad? Complete your application in about 5 min

Let's talk about it! Schedule your preferred time and date. 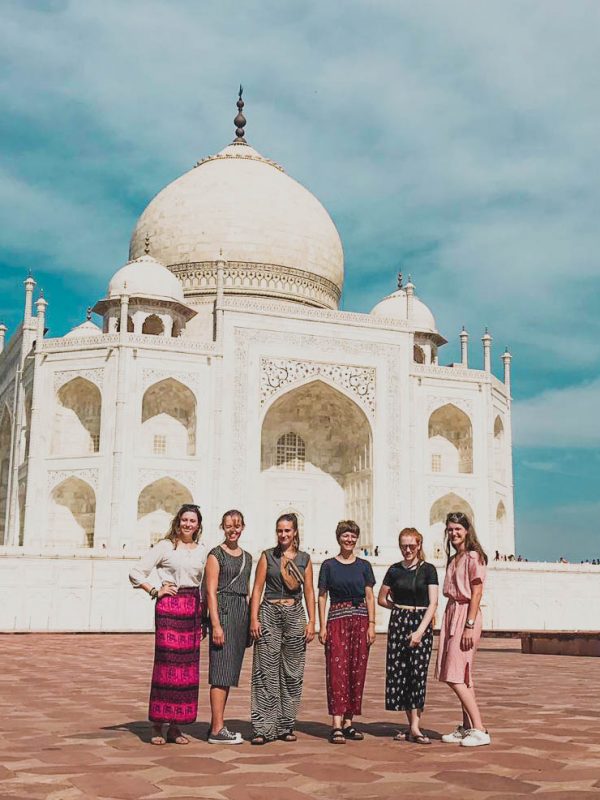 It is always with much apprehension we welcome our travellers to the most interesting program, India Road Trip. We have our reasons, justified ☺ As you step into the capital of this incredible country, no amount of reading or research will prepare you for the first sound of the noisy roads, the heat of the city welcoming you at all …

END_OF_DOCUMENT_TOKEN_TO_BE_REPLACED 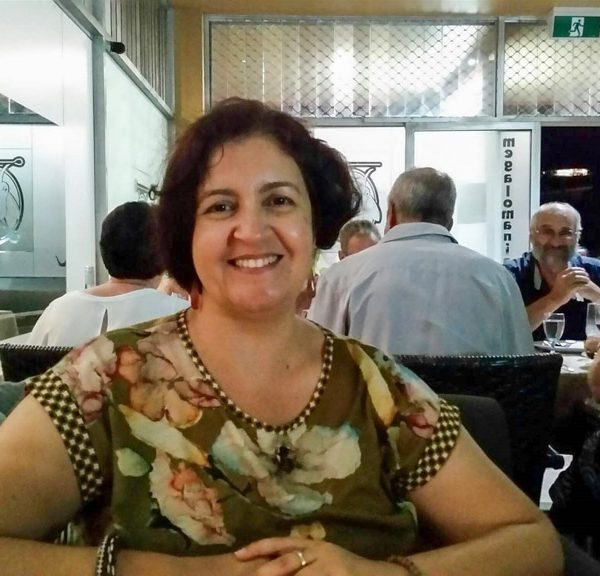 Below is some feedback from my recent stay with the Bodhi Tree Educational Project Highlights of the trip: – Learning about the project and seeing first hand the good work it’s doing for its local community – Getting to know some of the truely devoted teachers, volunteers and of course the inspirational and dedecated Director, Dherendra – Singing, dancing with …

END_OF_DOCUMENT_TOKEN_TO_BE_REPLACED 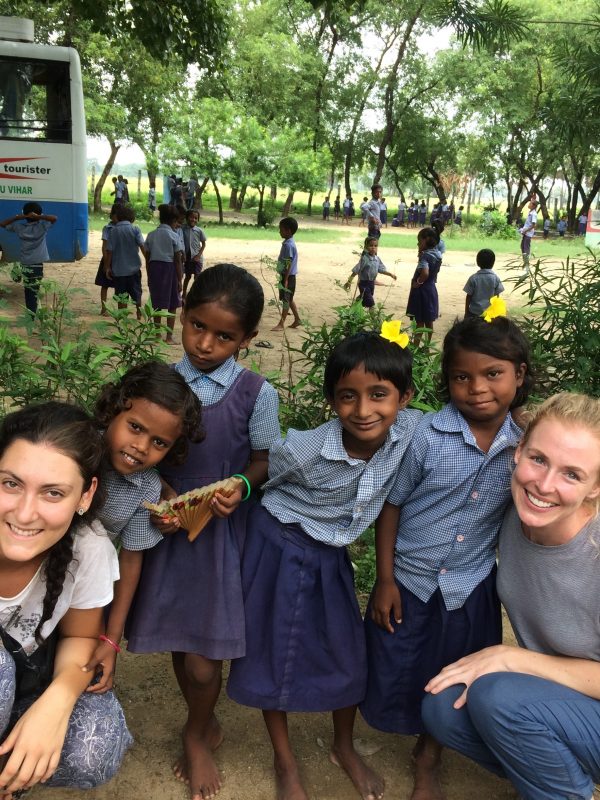 Nutrition Volunteering in India My time volunteering as a nutritionist in Bodhgaya, Bihar, a north-eastern state in India, was really rewarding, but it certainly wasn’t without its challenges. On my first day I was given such a warm welcome as I walked through the front gates to the School, with hundreds of students greeting me with great big smiles. Everyone …

END_OF_DOCUMENT_TOKEN_TO_BE_REPLACED 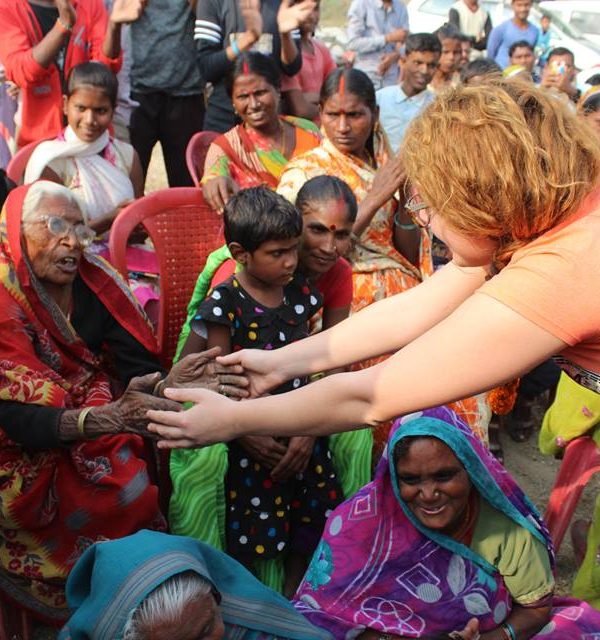 Highlights of the trip: There were many highlights of the trip. Overall, of course just being at the School each day was incredible and interacting with the students there was definitely the most special part of the experience. Hiking up a mountain with the scouts on our first day was definitely a highlight, as was witnessing the ceremony for Chinese …